Gabriel Tirouflet, CEO
In case of a suspected infection, blood culture remains the standard method to identifying the incriminating microorganisms. Blood culture shows the ‘whole picture’ by isolating target bacteria on general or selective media and assessing their susceptibility and optimal specific concentrations of antibiotics. However, routine diagnostic and literature report culture efficiency in only half of the patients with suspected infections. Indeed, culture methods suffer the major drawbacks of remaining negative in some specific yet frequent cases. In the presence of fastidious or slow-growing organisms, the delay to definitive microbiological diagnosis can stretch to weeks, while some organisms cannot be cultured at all. In case of prior or current antibiotic treatments, culture will lack sensitivity due to the inhibition of microorganisms’ growth due to the therapy. Consequently, roughly 50 percent of negative cultures are actually false negative.

Now more than ever, there is an urgent need for a more rapid and accurate alternative; a method that provides a more sensitive and faster result to physicians to prescribe targeted treatment and de-escalate ineffective unnecessary or broad-spectrum antibiotics.

Enters Molzym, a German firm that has developed a platform to address these shortcomings of culture-dependent molecular testing using a culture-independent, 16S and 18S rRNA-based broad-range identification approach. Typically, clinical samples like blood from infected patients contain pathogens. Their DNA is largely outnumbered by human DNA, which reduces the sensitivity of standard PCR assays and produces unreadable results. Leveraging Molzym’s proprietary technology, real-time PCR detection and sequencing identification of bacterial and fungal pathogens is possible on the same day of sampling, enabling early guidance for the adaptation of antibiotic treatment of critically ill patients. “Our Molzym Molecular Diagnostic (MMDx™) technology is designed to address the long-standing question: ‘how can microbiologists benefit from minimal time-to-result and maximal broad-range analysis within one single test? Actually, by reading microbial DNA instead of merely detecting its presence,” remarks Gabriel Tirouflet, CEO, Molzym.

With MMDx™, microbial DNA can be isolated from diverse clinical samples, including whole blood, BAL, joint aspirates, tissue biopsies, and abscesses. The product includes a unique host DNA depletion technology for microbial DNA enrichment called MolYsis™, which enhances the direct molecular analysis workflow. MMDx™ workflow begins with the depletion of up to 99 percent of the host DNA to isolate the enriched microbial DNA. As a first step, human cells are selectively lysed, and the free-floating DNA is depleted while the rigid bacterial and fungal cells remain unaffected. Then, the intact bacterial and fungal cells are lysed, and the released DNA is purified, enriched and extracted. Subsequently, the eluates are analyzed by broad-range 16S and 18S PCR assays.

Molzym’s MMDx™ resolves the challenge of bringing at once an improved diagnostic sensitivity, an intraday answer and a broadrange microbial identification

The positive PCR samples are applied to Sanger sequencing analysis for the precise identification of pathogens by comparing the sequences against a database or a sequence library like Molzym’s online BLAST tool. In short, MolYsis™ overcomes the challenge of unreadable outcomes by selective lysis of human cells and degradation of released human DNA, followed by the isolation of purified microbial DNA.

What makes Molzym’s testing a cut above the rest is that the process takes less than seven hours, a strong step forward in contrast to culture. Further elaborating on the clinical significance of Molzym’s technology, Tirouflet cites a typical example of a patient admitted to the ICU for six weeks. Even after several BAL and blood cultures, the patient’s tests were reported negative. “Using Molzym’s diagnostic tools, in just seven hours, clinicians were able to identify the pathogen, which was an 18S positive, a fungus. In 48 hours, they were able to move the patient from the ICU to the ward after administrating the proper antifungal therapy,” informs Tirouflet. 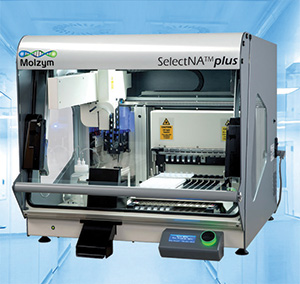 In addition to the MolYsis™ technology, Molzym provides an extensive range of products for the sensitive detection, precise identification, and thorough analysis of single pathogens, mixed infections, and microbiomes by molecular methods. These include pre-analytical kits for the enrichment and extraction of microbial DNA, analytical PCR kits with ultra-clean DNA-free reagents, and CE IVD-marked solutions for culture-independent detection of pathogens in clinical diagnostics—referred to as MMDx™.

Tirouflet sees Molyzm’s technology as a step forward in fast and precise culture-independent diagnosis by pathogen enrichment. Given its ability to aid in the diagnosis of bloodstream infection, sepsis, joint and implant infections, infective endocarditis and bacterial meningitis, Molzym’s MMDx™ was recently granted the Breakthrough Device Designation (BDD) by the FDA.

Going forward, Molzym intends to focus on the U.S. as one of their key markets, and, to that end, the company has started their De Novo process for FDA approval. Alongside, the team is also in the process of setting up agreements with private payers to start using their products for pilot clinical studies. Part of its plan for the future also includes increasing the sample capacity of its automate, thereby ensuring a smooth and even more rapid workflow for laboratories. “We are also looking to insert a panel of the 11 most common bacteria responsible for sepsis before sequencing. This will cover about 85 percent of the cases within three and a half hours while reaching the other 15 percent with the sequencing,” says Tirouflet. Besides, the firm will continue to stay in line with its mission to offer innovative technology that provides targeted and clinically relevant information to physicians, thus, assisting them in improving patient outcomes. 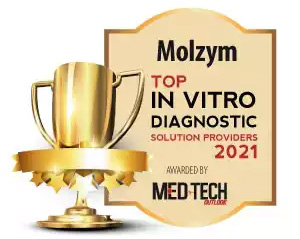 Description
Molzym is a developer and manufacturer of innovative products for molecular microbiology and microbial pathogen diagnostics. Their product offerings range from pre-analytical kits for the enrichment and extraction of microbial DNA to analytical PCR kits with ultra-clean DNA-free reagents. MolYsis™ is Molzym’s proprietary technology of human DNA removal and targeted isolation of microbial DNA from a variety of liquid and tissue samples. Molzym’s ultra-clean PCR and real-time PCR assays, targeting the 16S/18S genes, allow detection, even at low amounts, and identification down to species level with subsequent sequencing